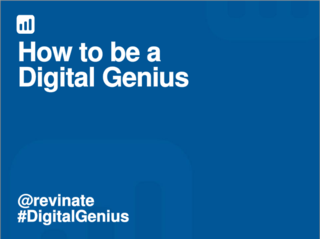 Another #WebWednesday means another iteration of our weekly round-up of interesting content we’ve come across on the world wide web. Before we fill you in on the “social media 411” (yes, we’re kicking it a little old-school this week…) we just wanted to remind you all about our upcoming webinar tomorrow at 1 EST / 10 AM PST on How to Become a Hotel Digital Genius where we’ll review how social media engagement, mobile applications, and web are converting browsers to customers and improving guest satisfaction for top hotel brands. We’ll also be live tweeting the webinar, so you can follow along the session by using the #DigitalGenius hashtag on Twitter.

This week’s #WebWednesday digest focuses on recent, relevant developments coming from many of the major social media outlets. From Foursquare’s launch of their new application to Google+’s continued ascent as a major social network player, there is a flurry of content to digest. So, without further ado, this week’s notable highlights:

Foursquare’s New App Is Open for Business via AllThingsD.com

Are blogs REALLY that important to hotels? via Tnooz.com

Facebook Prompts Users To Invite Guests When They RSVP To Events via AllFacebook.com

Twitter Is Finally Preparing To Release Its Advertising API In Q1, Say Sources via TechCrunch.com

YouTube preparing to offer paid subscriptions this year via Reuters.com

Tumblr’s New Dashboard is Built for Speed via GeekSugar.com

Everything You Need to Create a Powerful 2020 Marketing Calendar