How Important is Clout on Social Networks? 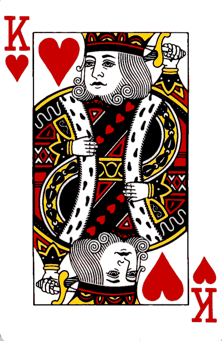 As brands look to identify and reach key influencers, a key trend is developing that takes into account a person’s influence among his/her peers. Just look at Twitter to see why influence is important.  First, most brands follow more people than they can realistically keep up with. Second, the Twittersphere is so active that it’s virtually impossible to manually gauge author influence and the relative impact of individual tweets. Enter Twitter ”Clout” (aka influence).

Twitter Clout is a measurement of how influential you are on Twitter. Many companies offer services to check clout. To see just a few of the services, check out Twitter Grader, and Klout.
All services measure it differently but they all take into account the number of people who follow you, the number of people you follow, the number of times you tweet, the percentage of times your updates are retweeted etc. Following the tenant of quality versus quantity, Twitter clout measurements enable brands to focus more time on key influencers who have credibility with their peers.

Twitter clout got me thinking about where else the concept of clout is important on the Web. As a frequent restaurant review site user, GrubHub is a sites where clout is important to me. When looking for a new restaurant, I often check these sites to decide where to go. I put much more weight on reviews written by people that are active users and review dozens of places. For me, I think active reviewers are more likely to go into meals thinking about their reviews in advance. As a result, they present a more 360-degree view of their experience. How is the service? How is the food? How is the atmosphere? People that only review one or two places seem to only be inspired to write when something extraordinary happens, such as the chicken is served raw or they get a free dessert for their birthday. For this reason I often discount reviews from occasional reviewers.

Note: Location-based services such as Foursquare and Gowalla add an additional twist to clout scores. These check-in services can measure the number of times my “friends” have actually visited a business they have reviewed. Yelp has realized this and has started to get into the location game. I’ll save further analysis for a future post.

But this is not to say that a restaurant manager should discount the reviews from sporadic reviewers. Even though the reviewer doesn’t have clout on the site, he/she was moved to take action and write a review. In fact, it could be argued that these people are even more likely than their prolific peers to tell their friends about the experience in person and on social networking sites because of they are fired up. For example, after a bad meal a reviewer might update his status on Facebook with a warning, “Don’t go to  John’s Grill. They tried to kill me with their raw chicken.”

So, is there clout on Facebook? I would argue that a user’s clout on Facebook is similar to his clout in real life. I don’t think clout can be measured by the number of friends or the number of posts or pages ‘Liked’. I am friends with many people who I admire because they think about issues in different, interesting ways. Some of these people post often. Some post rarely.
But they have equal clout in my mind. And we all know Facebook fanatics that have hundreds of friends and post about their every move and emotion. Some of these posts are influential, but other times they’re not.

At my last company I worked with brands to create viral campaigns on Facebook. The campaigns usually encouraged people to personalize a brand message in some way and share it with their friends via the activity feed. For example, the Pepsi Throwback campaign allowed consumers to upload a personal photo and ‘throwback’ their look, changing the hairstyle, clothing, and background in oftentimes humorous, entertaining ways. When posted, the photo would contain the Pepsi brand and thus, an endorsement for the brand. These posts often got many comments and drove friends to throwback their own looks. Should the people that engage have more ‘clout’ with Pepsi? Because they start conversations about the brand and the campaign, I think so. If brands can get consumers to ‘Like’ their pages in the process, brands can gather and communicate with a core group of people with clout.

Is the clout of hotel reviewers on OTAs and the bigger travel review sites a big deal? In my opinion, it’s not nearly as important as it is on social networks, although Facebook integration should change things a bit.Given the fact that most people have fewer experiences with hotels, than say restaurants, you can’t discount a reviewer who only has 3 reviews. Whether you are a frequent traveler or a one-vacation-a-year type, we all know that your hotel experience can make or break a trip.

And unlike networks, where author clout directly impacts the number of people who will see a given tweet, every review on TripAdvisor will be posted to the top of the hotel’s profile and read by the same number of potential bookers, regardless of the author’s clout. However, as review sites further integrate with social networks, I think clout will be attributed to people you know based on your real-world experiences with them.

Today, there are more than 35 million reviews on TripAdvisor and I think each review carries equal weight. Although I would love to be able to take into account whether a reviewer and I share a similar persona, we’re not there yet so it’s hard for me to assign clout. Rather, I must look at the law of averages and read the reviews with equal weight. But in looking at the averages, I can assign my own importance to the categories. For example, I am a germaphobe and love fancy hotels more than expensive restaurants. I put more importance on cleanliness than value. I have friends who like to skimp on hotels so they can afford great dinners. They would likely weight value over cleanliness.

However, clout does appear to be very important on FlyerTalk and specialty hotel rewards forums where active participation and status is held in high regard. As specialized social networks, these sites allow you to know more about the members than review sites and clout plays a big role in how feedback is reviewed and responded to. Many hotel brands have multiple users dedicated to these forums as the users are not only influential, but they spend a good portion of their lives living in hotels.

But again, hotels that aspire for great service should treat every review with kid gloves. I am seeing more and more of our Revinate clients responding to every review, thereby sending the message that every client has clout.  And that’s what great customer service is all about.