How to make data-driven budget decisions

Use Revinate Guest Feedback to pinpoint areas of opportunity for investment

24% increase in review rating based on capital improvements 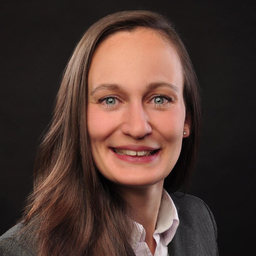 “With the help of Revinate reports and analysis, we can pinpoint areas of opportunity for the hotels, including hotels in need of renovation. Best of all, when we make improvements we can easily measure the impact through guest feedback scores.”

With more than 120 hotels in Germany, Belgium and Austria, GCH Hotel Group is one of the leading hotel management companies in Europe, with renowned franchise companies, such as AccorHotels, IHG, Radisson Hotel Group, Wyndham Hotels & Resorts and Best Western.

In 2014, GCH Hotel Group began using Revinate across its portfolio, with the goal of professionally managing online guest feedback, increasing response rates and improving the guest experience at the hotels.

With Revinate, GCH Hotel Group was able to increase its review response rate from 52% in 2013 to 90% from 2015 onwards. The average review rating across the hotels also increased by 3% from 3.71 in 2014 to 3.81 in 2019, which is important because that score increases the likelihood of being booked, impacting revenue.

The group also uses Revinate to determine investment opportunities. Stefanie Voigt, Distribution Manager at GCH Hotel Group says, “With the help of Revinate reports and analysis, we can pinpoint areas of opportunity for the hotels, including hotels in need of renovation. Best of all, when we make improvements we can easily measure the impact through guest feedback scores.”

For example, after renovation, the average review rating for Strandhotel Ahlbeck increased by 24%, from 3.57 in 2016 to 4.44 in 2019. As a result, we were able to increase the ADR. Voigt says, “Insights from Revinate helped us to make the decision to renovate this hotel and as reviews and business results show, the decision is paying off.”

How The Landmark London drove £2m in sales with Revinate Marketing

Page load link
XWe use cookies on our website to give you the most relevant experience by remembering your preferences and repeat visits. By clicking “Accept”, you consent to the use of ALL the cookies. . Read moreReject AllAcceptCookie Settings
Manage consent

This website uses cookies to improve your experience while you navigate through the website. Out of these, the cookies that are categorized as necessary are stored on your browser as they are essential for the working of basic functionalities of the website. We also use third-party cookies that help us analyze and understand how you use this website. These cookies will be stored in your browser only with your consent. You also have the option to opt-out of these cookies. But opting out of some of these cookies may affect your browsing experience.
Necessary Always Enabled
Necessary cookies are absolutely essential for the website to function properly. These cookies ensure basic functionalities and security features of the website, anonymously.
Functional
Functional cookies help to perform certain functionalities like sharing the content of the website on social media platforms, collect feedbacks, and other third-party features.
Performance
Performance cookies are used to understand and analyze the key performance indexes of the website which helps in delivering a better user experience for the visitors.
Analytics
Analytical cookies are used to understand how visitors interact with the website. These cookies help provide information on metrics the number of visitors, bounce rate, traffic source, etc.
Advertisement
Advertisement cookies are used to provide visitors with relevant ads and marketing campaigns. These cookies track visitors across websites and collect information to provide customized ads.
Others
Other uncategorized cookies are those that are being analyzed and have not been classified into a category as yet.
Save & Accept
Go to Top